The warmth and magic of an ancient mountain dairy hut

A café for refreshment, a warm and welcoming restaurant.
A warm duvet and the wood fragrance of the rooms of the Campolongo refuge. 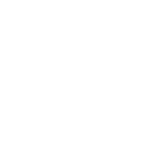 The wellness center and the SPA house

The Hay Baths.
Brush treatment.
The “Fagotto dei Semplici”.
The Turkish Bath, the Sauna, the Jacuzzi and the Kneipp path.

100 km of slopes along the paths of the alpine pastures and the Great War, through woods and enchanted places 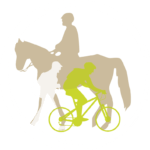 An opportunity to know the history that marked these placesi

Campolongo Fort
The Great War Ecomuseum
The chasm of the “Sciason”

dishes on the menu

|
“Snow will fall, light as small duck feathers, lingering first on the trees, then it will filter through the branches and will come finally down on the frozen cortinaria, on the blueberry bushes, on the moss like a veil of sugar on a cake. Hares, roe deers, deers will stay still, watching the new landscape. Foxes inside their den will push their noses outside to sniff the new and ancient smell that returns.

from: “Far Away Winters” (“Inverni Lontani”)

“In the Highland the Alpine dairy huts represent an element of relevant value for various reasons, they constitute the economic, historic, environmental, architectonic heritage, and that of memory too, and for some years now, a touristic heritage as well. Economic because the Alpine dairy hut, apart from being a building, where milk and cheese are produced, includes also a pasture-land, the structures and the infrastructures where the high mountain pasture takes place.”

The Mountain Union of the Honorable Regency of Seven Municipalities

“The language called Cimbrian is a German language spoken still nowadays in the Highland of Seven Municipalities (Vi), in Giazza, in Lessinia (near Verona) and in Luserna, in the province of Trento. In the past centuries this German language was spoken in the whole mountain area including the area between the rivers Adige and Brenta, as it was confirmed by many documents and as it is indicated nowadays by many names of the places (pace, tale, laita, perch, spitz, ekkar, bisa, beghele…) still in use, not keeping their original meaning though.”